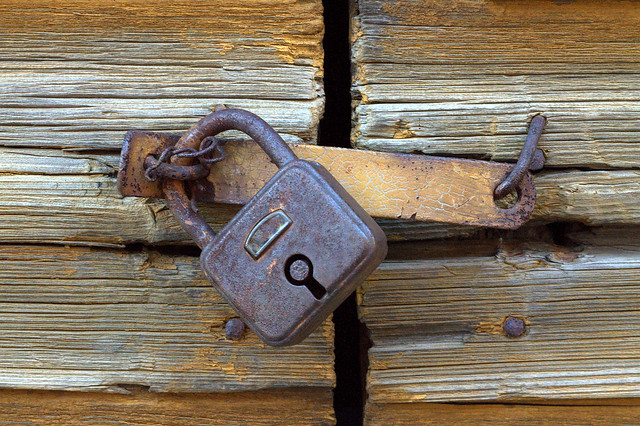 Starting next Monday I'll begin my new job as a Cloud Security Engineer here at Mozilla! I'm really excited about this new role. I get to work with some super talented guys, many of whom I'm already good friends with. Julien, Guillaume, Michal, Tinfoil, Joe and some newer folks on the team that I'm getting to know. The job will involve bringing my development and operations background to bear and learning the ins and outs of security engineering.

Tomorrow will be my two year anniversary at Mozilla. I've worked in the operations team of our Cloud Services organization for most of that time (except for a short stint in the Identity Engineering group). I'll still get to see and work with the guys on my old team all the time so there's not much bitter in the bittersweetness of this change.

On to new challenges. Looking forward to it. This morning was very foggy. In my daily ferry trip to work I learned a little about marine technology. I had assumed that, here in the 21st century, ships, like the ferry I ride to work, used some combination of high resolution GPS, radar, and maybe radio telemetry triangulation to identify where the ship was and where everything else in the bay was (other ships, the bridge pylons, etc.) I found out this morning that this must not be the case. As we trucked along, at a pretty good clip, across the bay with zero visibility of any kind, all of a sudden, the engines go from about 3/4 of full thrust to zero thrust. The whole boat lunges forward as we rapidly decelerate (due to water resistance) and out of the pea soup appears the massive bay bridge center anchorage dead ahead. The captain turns the boat sharply to the left and we swing around it and accelerate again. I'm glad our captain has good reflexes.

Later, upon landing and walking to work, the entire embarcadero was echoing with different ships fog horns being blasted.

It turns out that the two methods employed these days to deal with fog are slamming on the brakes if you see something ahead of you and making a ton of noise in hopes that someone else out there hears you and doesn't crash into you. I thought we were living in the future, what happened?

Update : I've added comments to sections where the release of Lastpass 3.0 and subsequent versions have affected the issue that I've identified. Look for those updates in bold. I've moved all issues that have been resolved into a section at the end for historical purposes.

I am a big proponent and supporter of Lastpass. I've used for about 5 years now and have many hundreds of credentials in my Lastpass vault. At the moment I think it's the best software out there for password management. Unfortunately it has a lot of problems. Here are some of them

Issues that have been resolved and are no longer an issue

Sometimes I'm briefly shocked by the change in technology that has occurred in such a short time. I'm watching a video of an intro to git (a software version control system) and in it the guy, while describing how git is different than other version control systems, says "You can work when you're off the internet entirely; so if you're working on an airplane or something." and I think, ya that makes perfect sense. Then I think, wow, the only time I don't have the ability to be digitally connected to billions of devices is while I'm on a plane. Pretty much all other places and times I'm connected. Head 'asplode.